Some researchers and entrepreneurs agreed yesterday that there was an inseparable link between governance and market forces in the industrialisation processes.

While governments have the power to establish and strengthen markets, they are also able to destroy them.

Speaking during the 11th Mwalimu Julius Nyerere Intellectual Festival at the University of Dar es Salaam (UDSM) yesterday, scholars from various fields who included distinguished entrepreneurs decried the notion that one of the two needs to be given prominence over the other, saying that this was “a narrow-minded” conception short of “thorough grasp of the dynamics involved in economic growth.”

In any case, discussants – under the theme ‘Pan-Africanism and the Quest for Unity, Democratisation and Development: The State, Markets and Knowledge Society’ – resolved that there was a need to shift from “the state versus the market” narrative to that of “the state with the market.” The discussants were contributing to a debate which, among other things, sought to establish the circumstances under which a given industrial policy would effectively work in a country like Tanzania.

“Markets don’t just emerge by themselves,” said Mr Ali Mufuruki, chairman of the CEO Roundtable-Tanzania (Ceort) and chief executive officer of Infotech Investment Group Ltd – strenuously adding that “markets have always been creations of States. States, both large and small, are busy building or distorting markets.” Mr Mufuruki gave the example of the ongoing “trade war” between the United States and China, stressing how each country is striving to improve its market while destroying that of the other.

“Almost every country gets involved in markets in a way that affects their performance and behaviour,” he said.

“Many of the Silicon Valley companies were propped up by the United States government. Even in Africa, state intervention in markets is too big to ignore. What’s important is that states should make smart interventions that don’t distort the market,” he counselled. “The state cannot wage war against the private sector by introducing interventions that would endanger its own survival.”

A Ugandan academic and a former Research Fellow at the Cambridge-Africa Partnership for Research Excellence (CAPREx), Dr Suzan Kavuma, was of the opinion that African governments need to indulge in self-reflection to “help them realize their potentials and disadvantages – and accordingly shape their actions in maximising the former while minimising the latter.”

These include heavy investment in agriculture; technological advancements; value-addition and improving efficiency within the already built economies.

“When we talk of industrialisation, we must take all these issues into consideration — and the government is an important stakeholder in that process. I’d say, it should not be government vs. market but, rather: government with market. The two should play complementary roles.”

A researcher with the local development think tank ‘Research on Poverty Alleviation’ (Repoa), Dr Blandina Kilama, stated that issues on industrialisation need to be outlined in a country’s industrialisation policy.

“I think the question should not be whether or not the state should intervene in markets, but how interventions are be done,” she said.

“For example, the government [of Tanzania] cannot copy some interventions and initiatives from other places around the world and just paste them here!”

According to Dr Kilama, that wouldn’t work because, “apart from the fact that every country has unique needs and challenges, we also must ensure that we have important role players who can make interventions a reality.”

In his address delivered at the beginning of the three-day event yesterday, former President Jakaya Kikwete said ensuring good governance is one of the “three pertinent issues” which most African countries are grappling with.

The other two are continental unity and poverty eradication. 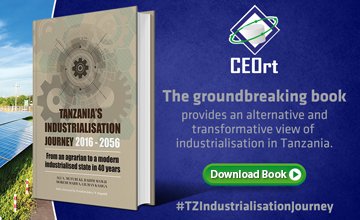