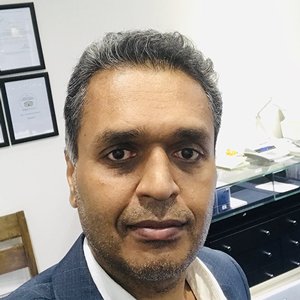 Hiran is a graduate from the Imperial College London in software engineering. He worked in the UK for few years as a software developer but then followed his passion to take over the family business back in Tanzania in 2003. With his leadership the company expanded and diversified in to other areas across Tanzania as well as regionally. Today as a result of his innovative strategy and hard work Afro Gems Group very successfully operates over 20 stores in the luxury retail sector. Additionally, the group has invested in sectors of Mining, Construction and Real Estate.

Hiran is a devoted family man who served in the board of International School of Tanganyika in the past. He is also the current Honorary Consul of Sri Lanka in Tanzania a post he has held since 2019.