Mette joined Statoil in 2003 as a Principal Engineer and advanced her way into Senior roles in Statoil within Technology & Projects and Operations.

Before Mette joined Statoil, she was working within Research & Technology for Norsk Hydro.

Outside Statoil, Mette has been a Board member for the Norwegian Petroleum Association (2016 – 2018), External Examiner at the Norwegian University of Science and Technology (1997 – 2009) 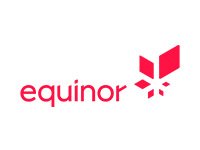