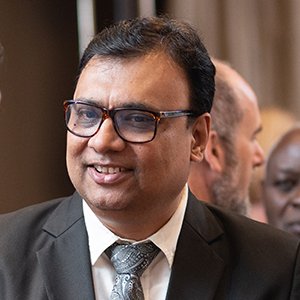 Mr. Dipankar Acharya has worked with three major Insurance companies in his 30 years of association with the Insurance Industry and has been in leadership roles as head of business for over 25 years. Dipankar has sound knowledge of all Insurance products. He has experience of leading all forms of distribution for an insurance Company and driving top-line growth profitably. He has studied Economics and Management from Delhi University and is a Fellow of the Insurance Institute of India. He has also acquired a Professional Diploma in Digital Marketing. He has secured a PhD in Business Administration.

Dipankar is the CEO of Jubilee Insurance Company of Tanzania since May 2017, the biggest Insurer in Tanzania. He worked with Royal Sundaram (RSA group) for 17 years 2001-17. He was Country Head (A&SR) at Royal Sundaram Alliance Insurance Company. Responsible for delivering consistent top-line growth at budgeted combined operating ratios and constantly improving underwriting result at the national level. He was also responsible for getting new national-level relationships and tie-ups for the Company.

Prior to this, he had worked with a reputed government-owned general insurer, Oriental Insurance for thirteen years (1987-2001). During this assignment, as a Divisional Head, he was responsible for business development, underwriting and claims settlement for the division.

At Royal Sundaram, he has also worked on various Insurance-related projects for the company at Dubai, Singapore, Hong Kong and Shanghai.


Engaged in Marketing, Underwriting, Claims and Distribution of all Insurance products. Handling large teams and operating units over a wide area.
Have engaged in product development, conceptualising and implementation of distribution projects and strategies.
Overseeing the servicing of large suppliers and setting up processes for efficient delivery to them.
Successful Business head for several years ensuring growth with profitability and managing change

Jubilee Insurance Ltd, was established as the first incorporated Insurance Company based in Mombasa in August 1937. We have since spread our wings and sphere of influence as the No. 1 Insurance Company in the region with offices in Kenya, Uganda, Tanzania, Burundi and Mauritius and are recognised as the largest Composite Insurer in East Africa with over 450,000 clients.