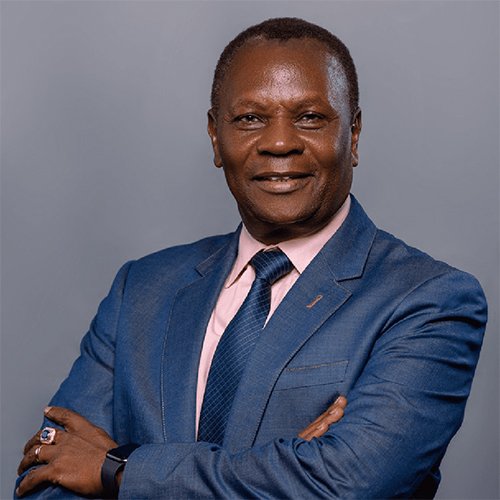 Dr. Nguluma is a partner at Rex Attorneys, the successor of Maajar, Rwechungura, Nguluma & Makani Advocates and Epitome Advocates. He is head of the Corporate Tax and Insurance Legal Services Department and specializes in tax, commercial litigation, commercial arbitration, liquidations and receiverships, insurance and general company matters.

His previous experience consists of a successful teaching career at the Law Faculty, University of Dar es Salaam and 16 years’ experience in legal & business consultancy. Previously, he worked for PWC Tanzania for 9 years where his last role was an Associate Director and Head of Legal Department.

He formed part of PriceWaterhouseCoopers team which carried out a review of the road maintenance funds and related Regulations.

Dr. Nguluma drafted the Road Fund Legislation which formed the backbone for the establishment of the Tanzania Road Fund Authority. He was previously involved in the privatization of the leather sub-sector, the pilot privatization initiative by the Government before privatization was adopted in all sectors of the economy.

Nguluma was also part of the MNK&M team engaged by the United Nations Industrial Development Organisation (UNIDO) to draft Operational Regulations for the Tanzania Investment Centre (TIC) during the first half of the year 2001.

REX has a long history of practicing law in Tanzania with unrivalled knowledge of the legal and regulatory regime for doing business in the country. Previously practicing as REX Attorneys, in 2015 some of the REX partners became part of ENSafrica, (www.ensafrica.com) a regional practice present in seven other African countries, in which the REX partners sought to leverage their ability to access the growing African transactional portfolio and regional infrastructure projects. REX partners had to re-organize again in August 2019, due to the enactment of local content laws and regulations, which restrict practice in the natural resources sector to law firms fully owned by citizens without affiliation to foreign firms. Even though the Firm was fully Tanzanian owned, the affiliation with the regional practice would render the Firm unqualified for local content purposes. Despite the changes, the REX team remains intact and as strong as has always been.